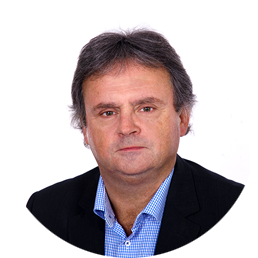 “Terry Lynch has consistently called for a reappraisal of how human suffering and distress is interpreted and responded to within modern Western societies . . . Would that there were more enlightened doctors and psychiatrists in the country”.

Ten years into my career as a GP (family physician), I had lost faith in the medical approach to emotional and mental suffering. I was not prepared to remain silent. I wrote Beyond Prozac: Healing Mental Distress, a best-seller in Ireland in 2001, shortlisted for the MIND (UK) 2002 Book of the Year Award. Irish Times journalist John Waters described that book as “The single most important contribution to our understanding of suicide in the past ten years, a vital articulation of the unsayable” (Irish Times 2 July 2001).

I was not prepared to lie to myself or to deceive my patients by continuing to work within a medical system that, in relation to mental health, had no real scientific basis but vociferously claimed otherwise. I trained to become a psychotherapist, and for the past ten years have provided the type of mental health service that I believe should be available to all.

I’m 62 years old. I hope to live another active and productive 30 years. I feel a solemn duty to contribute to the paradigm changes in mental health that are so urgently necessary. I have written 4 books. I intend to write 12-15 more books in the next ten years.

These books will set out an understanding of anxiety, depression, bipolar disorder, schizophrenia, obsessive-compulsive disorder, eating disorders, borderline personality disorder and suicide that I believe is far more accurate than the medical/psychiatric interpretation of human distress that currently dominates and directs global thinking in emotional and mental health.